The Ride the Traflgar Way route broadly follows that taken in November 1805, after the Battle of Trafalgar took place on 21st October. News of the British Navy victory, as well as the death of Admiral Lord Nelson needed to be sent back to the Admiralty, London. Lieutenant John Richards Lapenotiere was handed despatches and ordered to sail and deliver them to the Admiralty as soon as possible. When his ship landed just off the coast of Falmouth on 4th November, so would begin his epic 38 hour journey post chaise (via a horse drawn coach) to London, making 21 stops along the way to change horses. The route taken is now known as the Trafalgar Way. In 2005 (as part of the bicentenary celebrations) Axminster renamed a section of road in the town to The Trafalgar Way. Over 200 years later riders will closely follow that journey, passing through all but one of the 21 stopping locations (the route doesn’t go through Woodyates), only this time on their bicycle! Ps The inaugural RTTW Audax will finish on Nelson’s birthday 29th September (1758) You will pass through the cities, towns and villages of Truro, Fraddon, Bodmin, Minion Launceston and Okehampton before passing Dartmoor and descending into the cathedral city of Exeter, Honiton, Axminster - passing along a road renamed The Trafalgar Way in 2005, then onwards to Bridport cycling along the Jurassic Coast, Dorchester and Blandford Forum before passing through the cathedral city of Salisbury, Andover, Overton, Basingstoke, Hartley Wintney, Camberley and Sunningdale before heading into central London via Parliament Square finishing at Admiralty House, Whitehall. 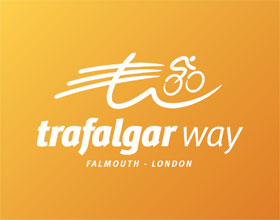 Start:
Shown on map below.

The following extra information has been provided by the event organiser:

For your own security, always virus-check any file you download before opening it. To download a file, right-click on it and use 'Save' or 'Save Target'. 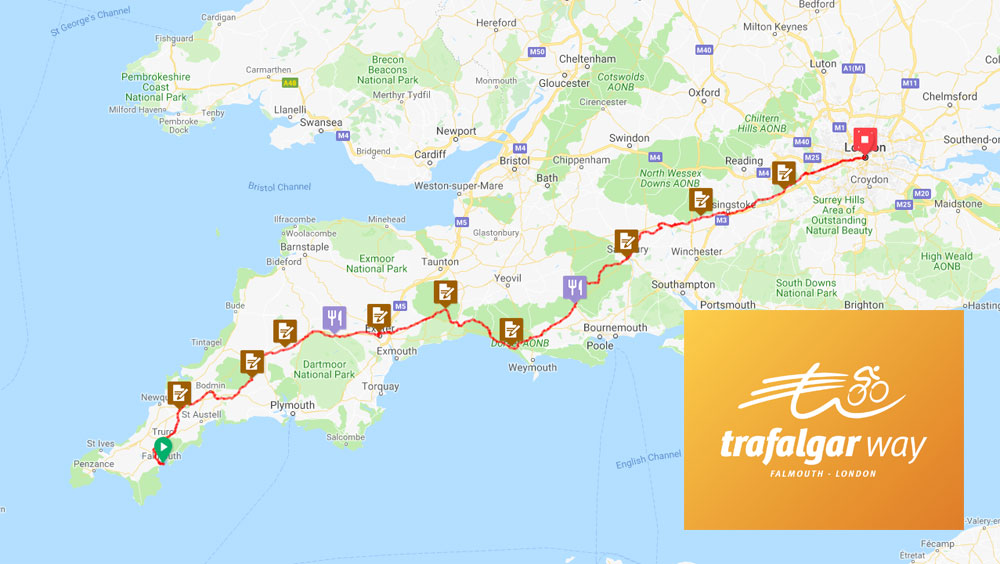 All © acknowledged and respected.