It really does show the best of the river Thames. Starting at Jenner's cafe there are a few ups to Marlow, then to Hambleden, Henley and Sonning. The ride goes through some pretty villages before the half way stop at Dinton Pastures. The second half of the ride takes towards Ascot and through the Great Park. On the home strait back to Maidenhead you visit Datchet, Eton and the Fat Duck in Bray. 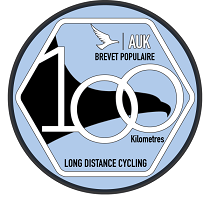