145km cycling event starting from Selkirk. Controls at Moffat and Peebles. A shorter version of the Randonnee. An early season ride through the West-Central Scottish Borders.

A ride up the Yarrow Valley, and along the shore of St Mary's Loch, before the first climb of the day - The Pass of Moffatdale (OCD 339m). Don't have too big a second breakfast in Moffat, because it's straight into the Devil's Beeftub (OCD 412m). Then it's all downhill to Peebles. Finish with the rolling countryside of Selkirkshire. Food at the finish. Scottish Borders Randonneurs on Facebook https://www.facebook.com/groups/630413586999986/ 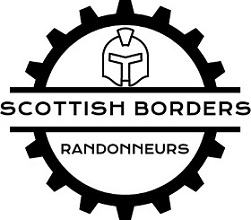